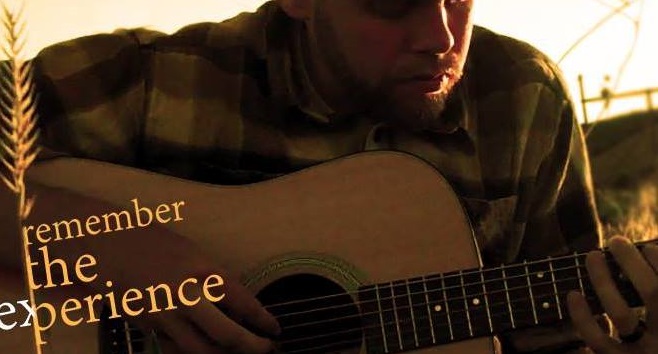 It’s often hard not to question why such good people are allowed to pass away at such a young age. I’ve struggled with and at times avoided the way such situations make me feel. Last Sunday, Ron Berg, my oldest friend from childhood passed away after a miraculous fight with brain cancer. His attitude and faith turned what should have been a death sentence of “a few months to live” into 7 more wonderful years of fulfilling dreams, falling in love, and starting an eternal family. I would be remiss, if I didn’t take the time to express my gratitude for him.

I have always felt that I have been blessed throughout my life with the greatest friends on Earth. I feel that many of the greatest blessings that I have received were granted to me on behalf of the goodness of my friends. I remember that at the age of 7 years old, Ron taught me one of my earliest and most important lessons on friendship . On Sundays we would always go to church in the morning, and that Sunday was no different. During the Sunday school portion of this particular church service, I was in a class room surrounded by my peers. I don’t remember all of the specifics but I do remember that I was being bullied by one of the boys in the room. For some reason the bully had bent my fingers on one of my hands so far back that the pain had caused me to cry. Later during the same church service, I recounted the whole story to Ron. I may have embellished the details of the encounter a bit to adequately explain the physical pain that I had felt, but I never expected it to affect Ron in the way that it did. I didn’t expect or even necessarily want Ron to do anything about it, so I was surprised when I later learned that Ron had taken it upon himself that day to personally call the boy who bullied me on the phone. With strong emotion he had told the other boy that he wasn’t to hurt his friend, Sammy, again! While I’m sure the call was meant to be somewhat threatening, I seem to remember being told that with the emotion he had felt, Ron had been brought to tears while making the call. Whether it was due to that call or other circumstances, I was never mistreated by that boy again. 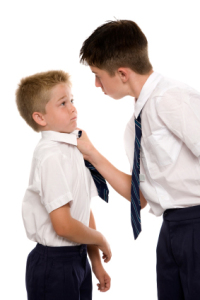 As insignificant as that minor incident of bullying was, and as un-intimidating as an assertive call from a crying 7-year old boy may be, I had never had a friend show so much empathy or take such initiative to help me without a second thought. I can’t help but smile and tear up a little when I envision a young Ronald sternly and emotionally standing up to this kid on my behalf. Who does that? How many people in this world have enough empathy to truly mourn with those who have suffered, even to the point of tears, especially with something so trivial? While these people certainly do exist, I would dare say that such selfless devoted friends are hard to come by. For Ron, such actions came easily and naturally. That day, and many times afterwards, I experienced first hand the love of a true friend. If nothing else, I feel this experience was a glimpse into the caliber of man that Ron would become.

I was blessed to spend many days of my childhood and teenage years with Ron, and his friendship had a huge impact on me. As we got older distance separated us, and our interactions became less frequent. There is no question that Ron was always a much better friend to me than I ever was to him. Even as we moved to different places and started our own families, he never let us completely lose contact. I know that there are hundreds of stories similar to this that could be told about Ron’s influence. I’m sure many of his other friends could attest to the genuine love Ron had for those around him. The prophet Moroni said that whoso is found with charity, the pure love of Christ, in the last days – it shall be well with him. I honestly believe that there have been few so well prepared as Ron to meet their Maker.

In my last real conversation with Ron, he expressed his desire that whatever God had in store come to pass. He didn’t want anyone worrying about him, and it’s not hard to understand why. Ron lived his life to the fullest, and was fully aware of the many blessings he had received in this life. I know that he was especially thankful for having his life miraculously extended especially since that meant he was able to meet his eternal companion, and have two precious children. As I’m sure he told them often, he expressed to me then how they were his world and how his love for them was immeasurable. 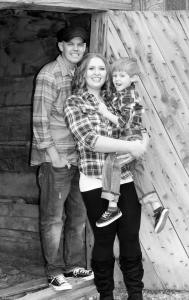 My thoughts and prayers are with the Berg Family right now, especially his wife and son. What a wonderful husband, father, son, brother, and friend he was. I know that his passing is such a huge loss. I know of some of the unspeakable pain you must be experiencing and I couldn’t be more sorrowful for your loss. I frequently find comfort in the promise that death is not the end. From what I know, I strongly feel that Ron lived his life, especially when it got rough, in a way that testified of this. I’m glad that Ron is no longer constrained by the weakness and pain of a sick body, and I know he still has so many more lives to bless on both sides of the veil.

Ron, thank you for your friendship and for your infectious passion for life. Thank you for always being genuine and honest. Thank you for the example you set for me. You always had a strong moral compass and high level of integrity about you. You lifted and blessed my life more times than I can even remember. I regret not taking more opportunities to catch up with you later in life, but I greatly appreciate you working to keep our friendship alive even after all of these years. Thank you for showing me from a young age what true friendship was. I always admired you more than I ever told you. Thank you for all of the great times that I have to look back on and smile about. Until we meet again on the other side. Godspeed my friend!